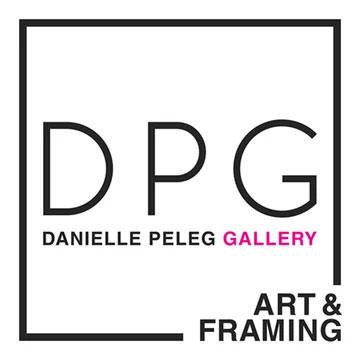 After graduating in 1988 with a degree in painting and scenography, Kote worked at the Petro Marko Theater for a few years before moving to Greece where he painted many influential commissions, including the portrait of the former president of Greece in 2009. Wanting a change of scenery, 10 years later, Kote moved to Toronto and then finally moved to New York City where he currently resides. Kote’s trademarks are his bold brush work and sweeping strokes of vibrant colors applied - more often than not - with a pallet knife, while other areas of the canvas are left monochromatic and devoid of detail creating a negative space that lets the eye drift to infinity. The results are paintings filled in stillness with energy and light.

With the lightness of a true master’s hand he combines classic academic and abstract elements, fusing these, literally letting them run into each other with dripping rivulets of riveting colors and light. Josef Kote, born in Albania in 1964, decided to become an artist at the young age of 13. Through hard work and practice Kote was first educated at the National Lyceum of Arts in Tirana, the capital of Albania, in 1984 and was later accepted into the Academy of Fine Arts Tirana. While he was educated in the traditional styles of the old masters, Kote was always experimenting and pushing boundaries. 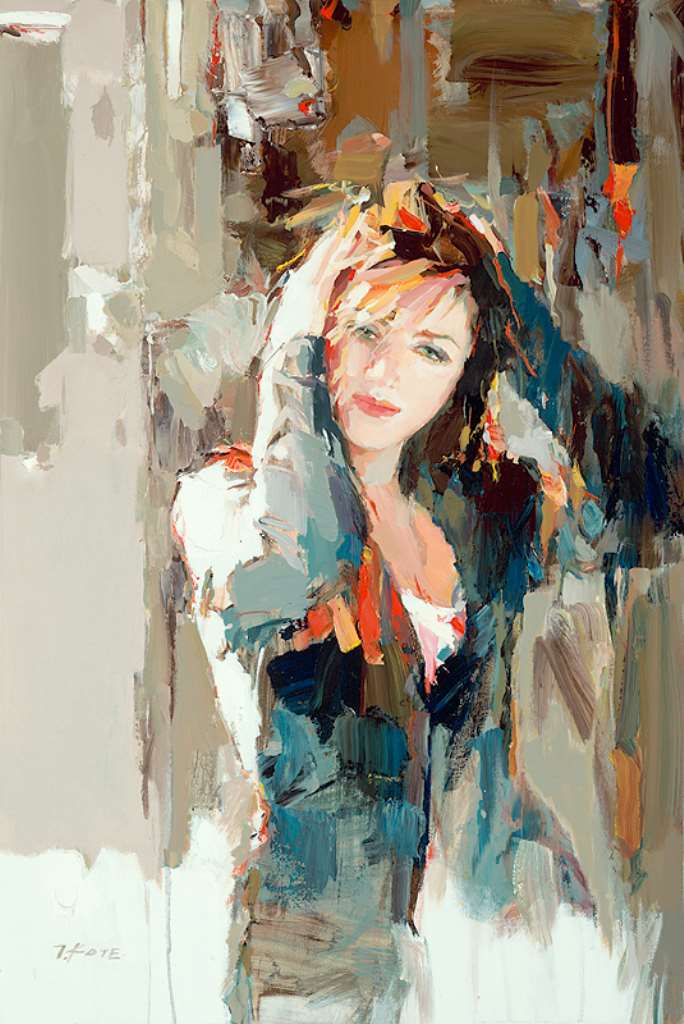 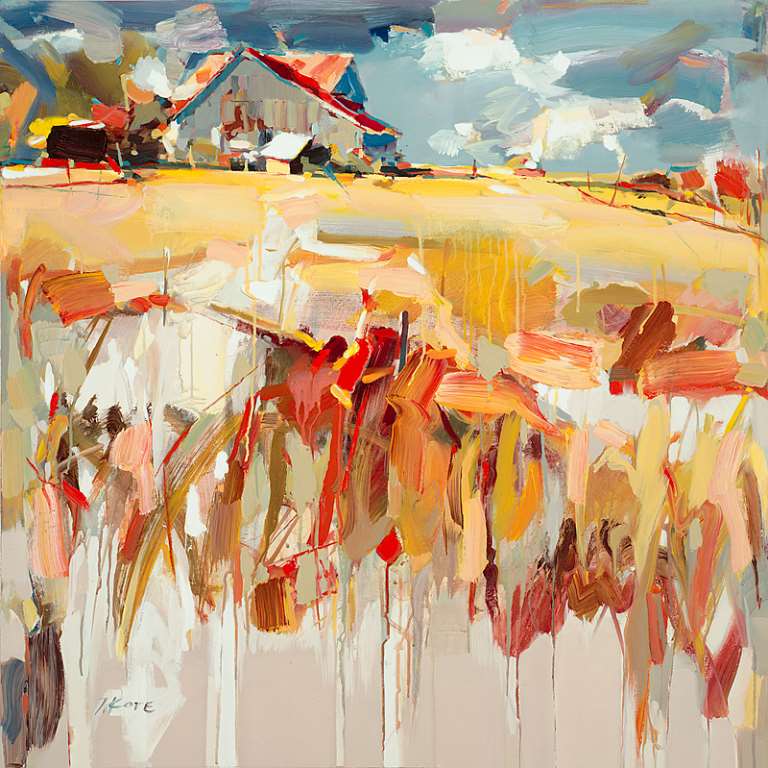 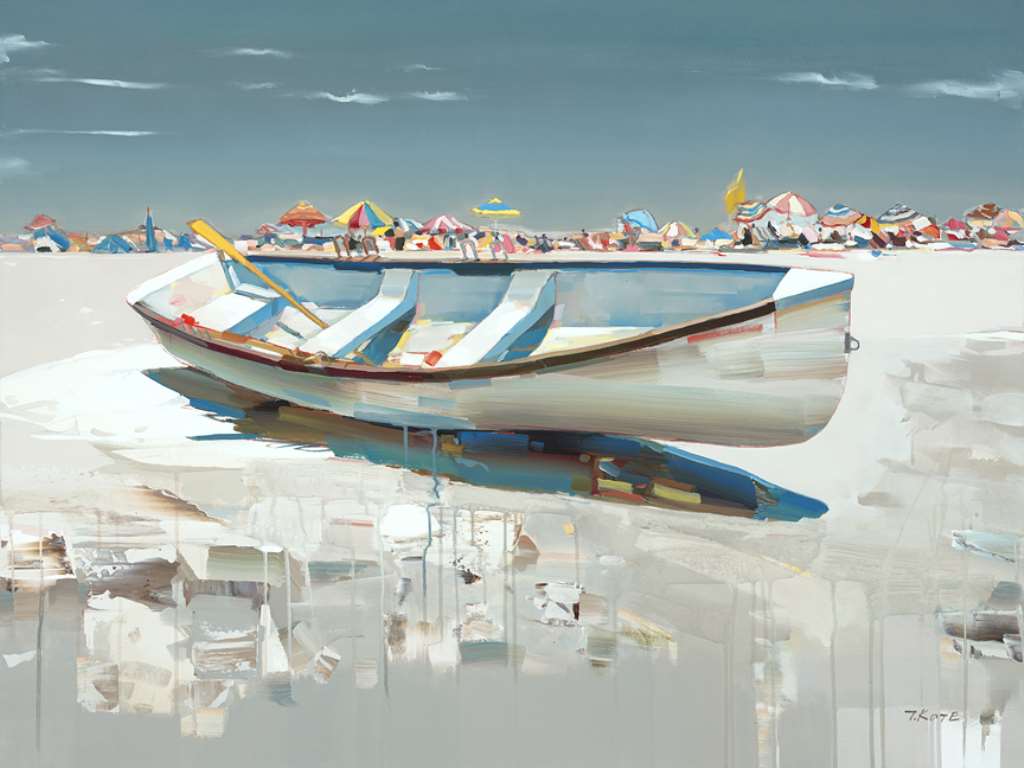 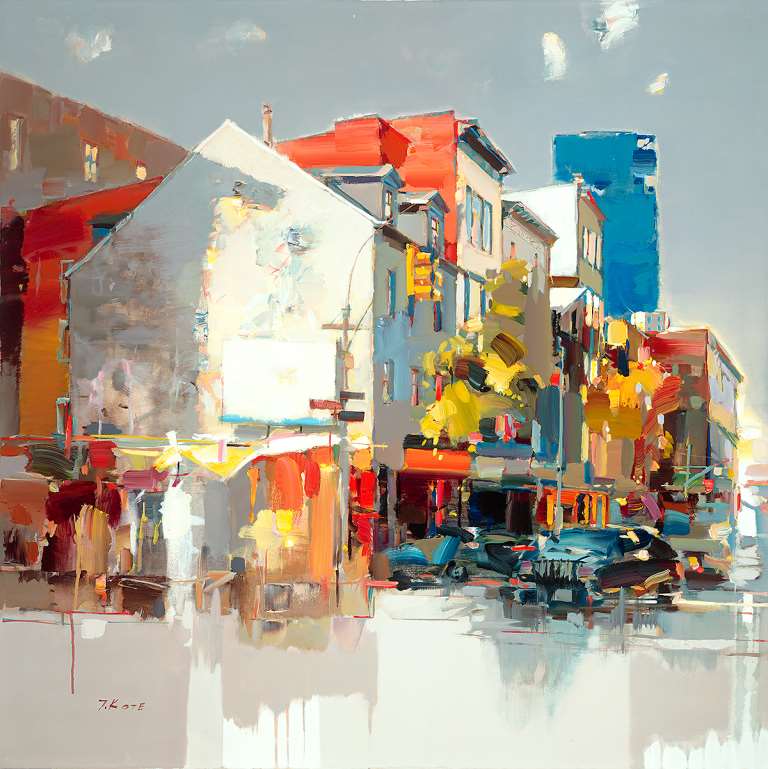 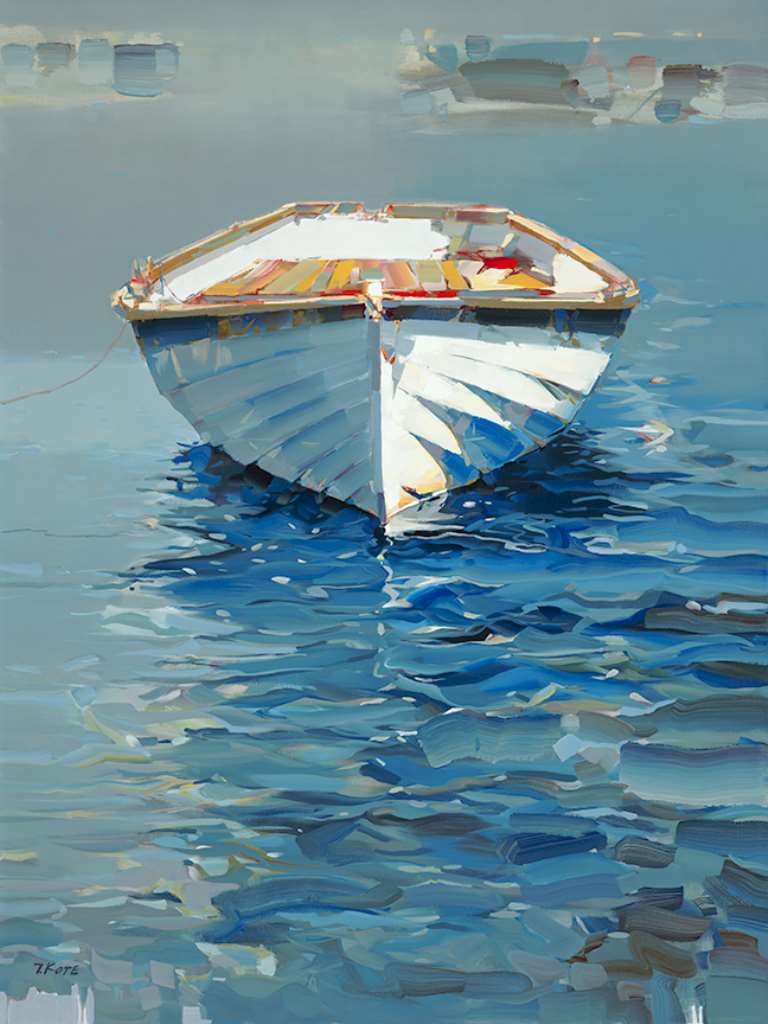 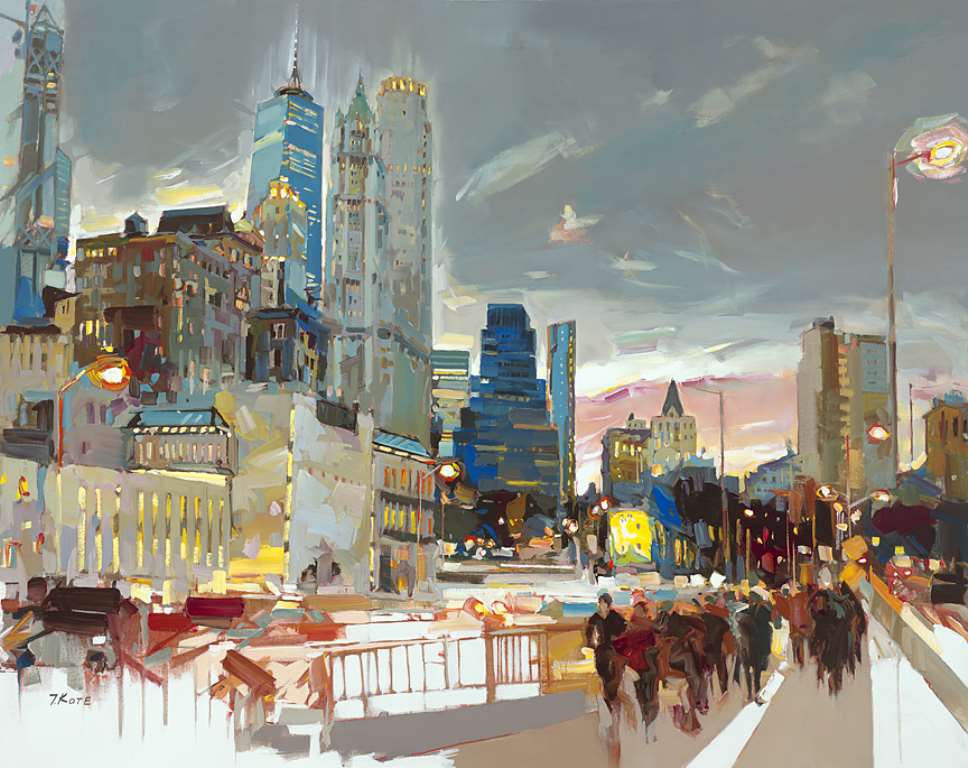 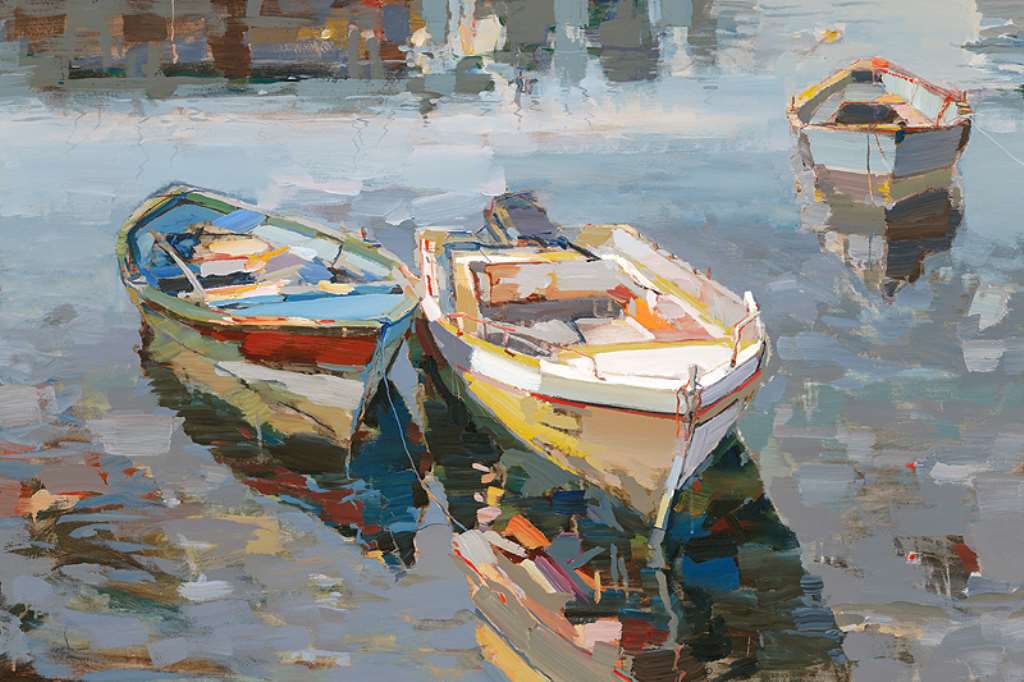 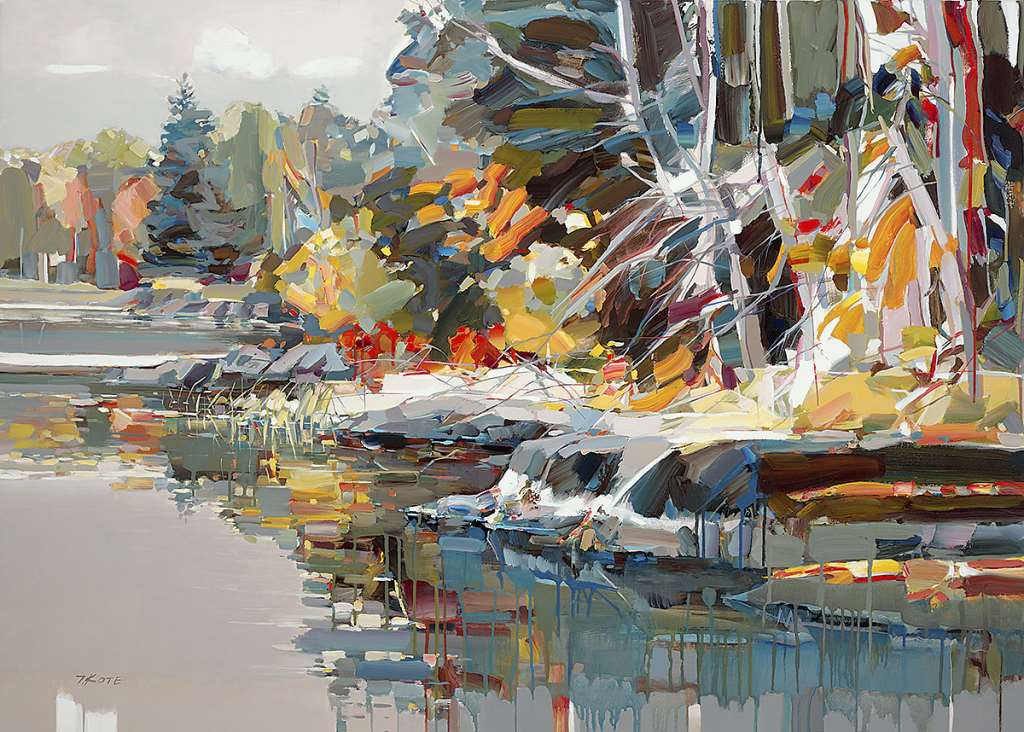 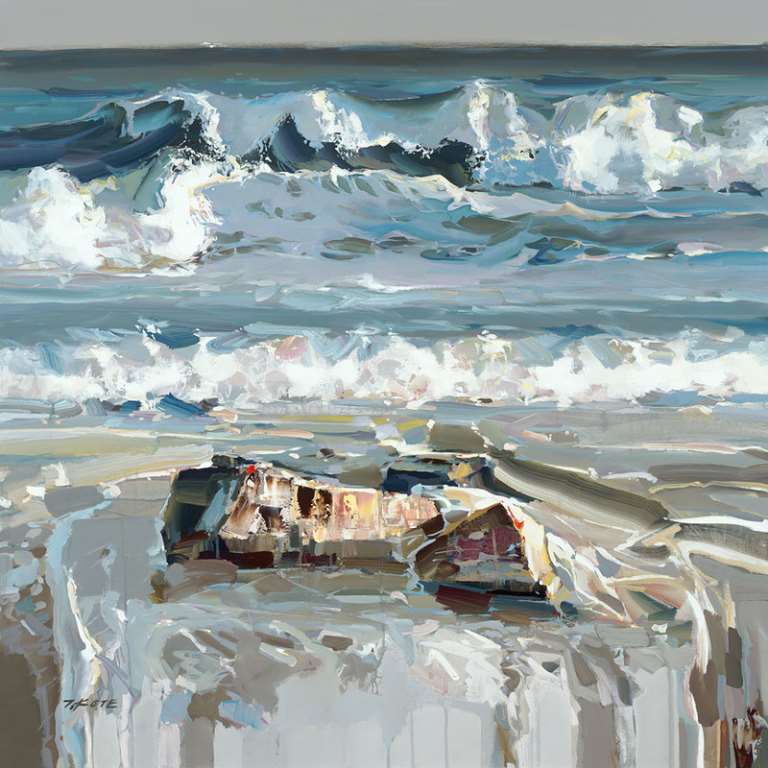 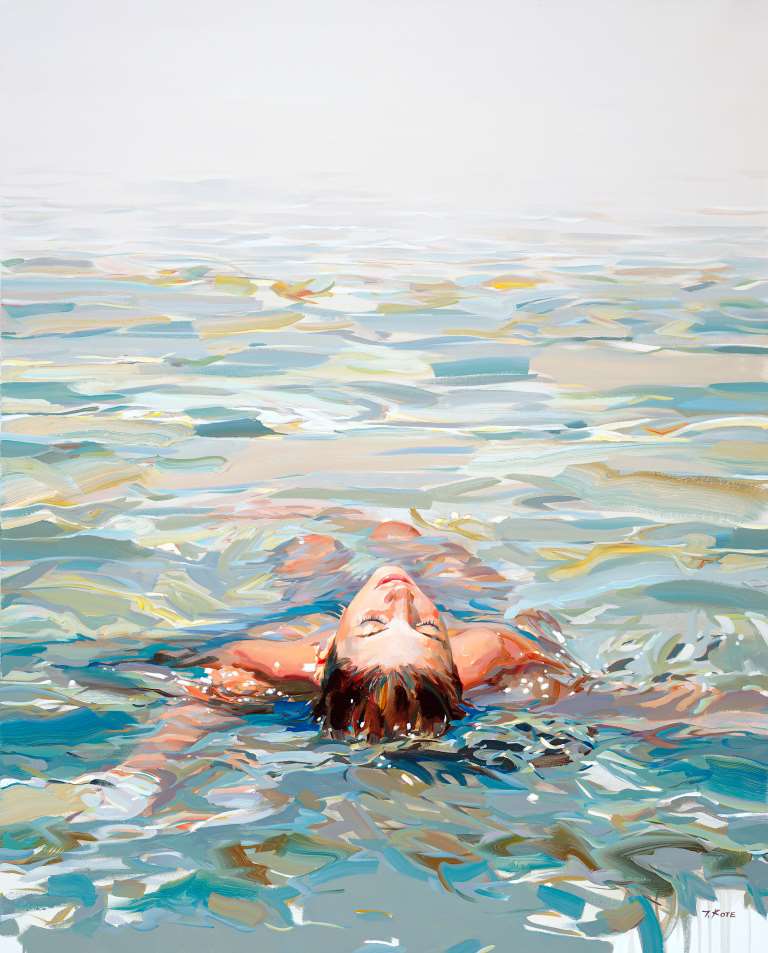 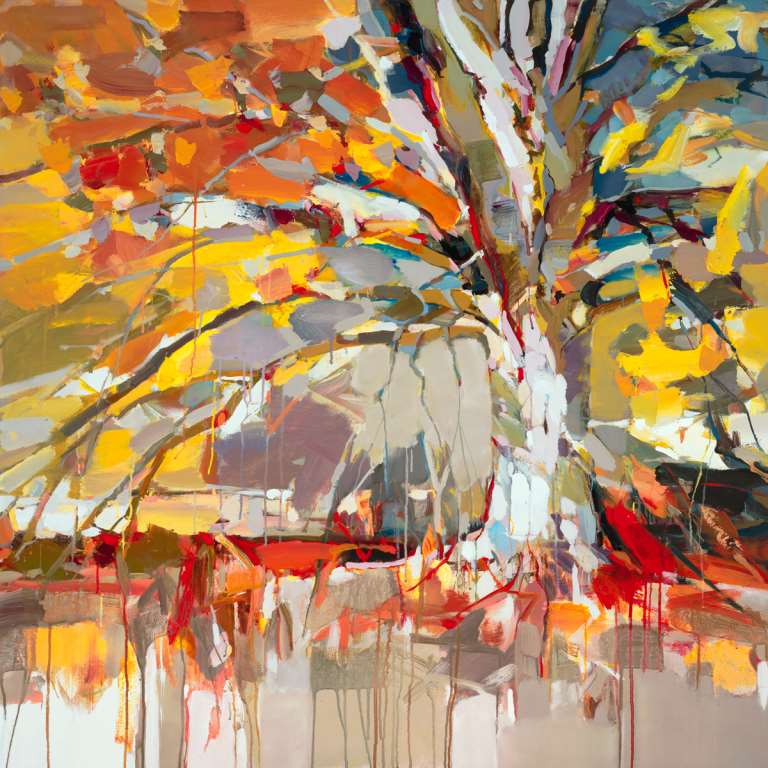 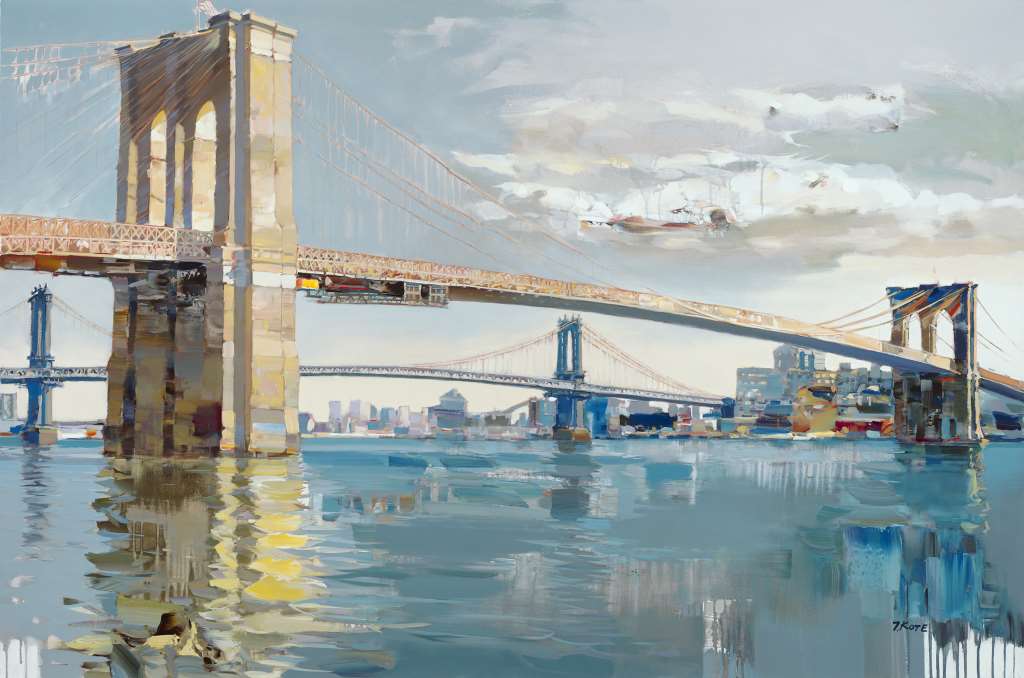 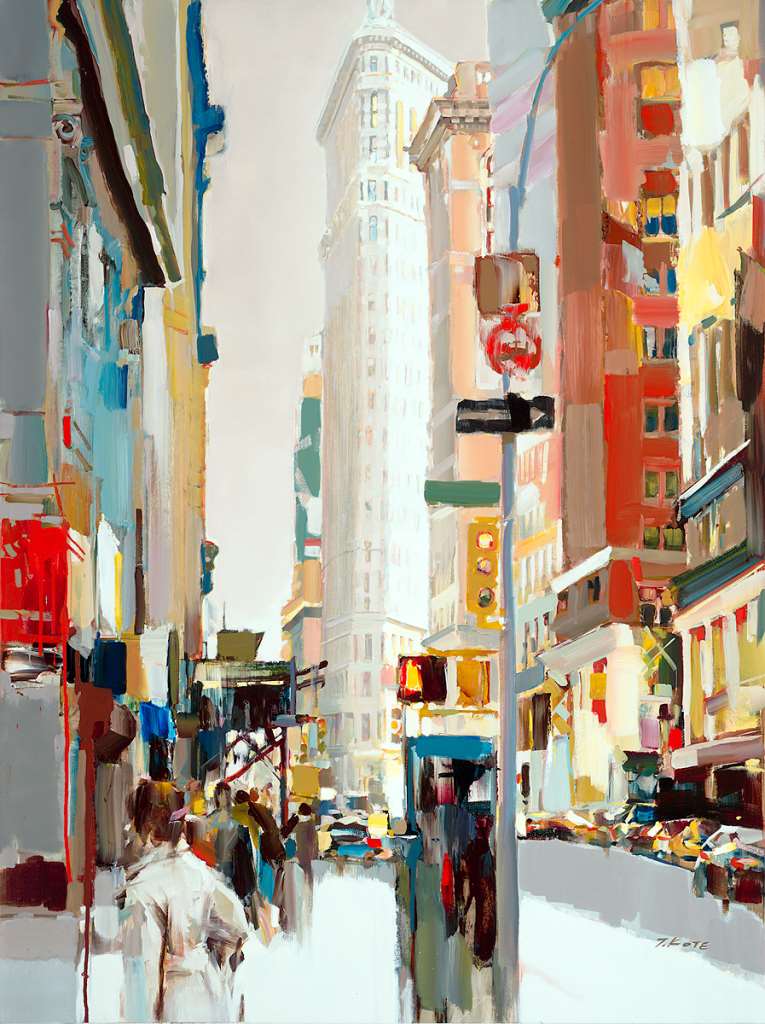 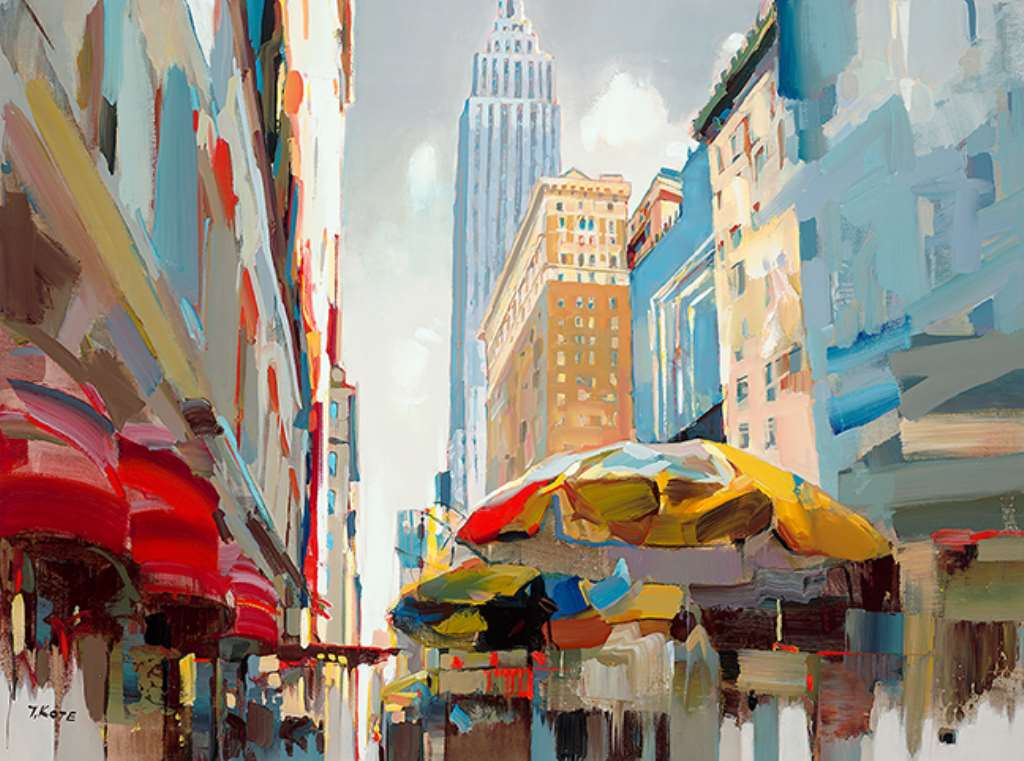 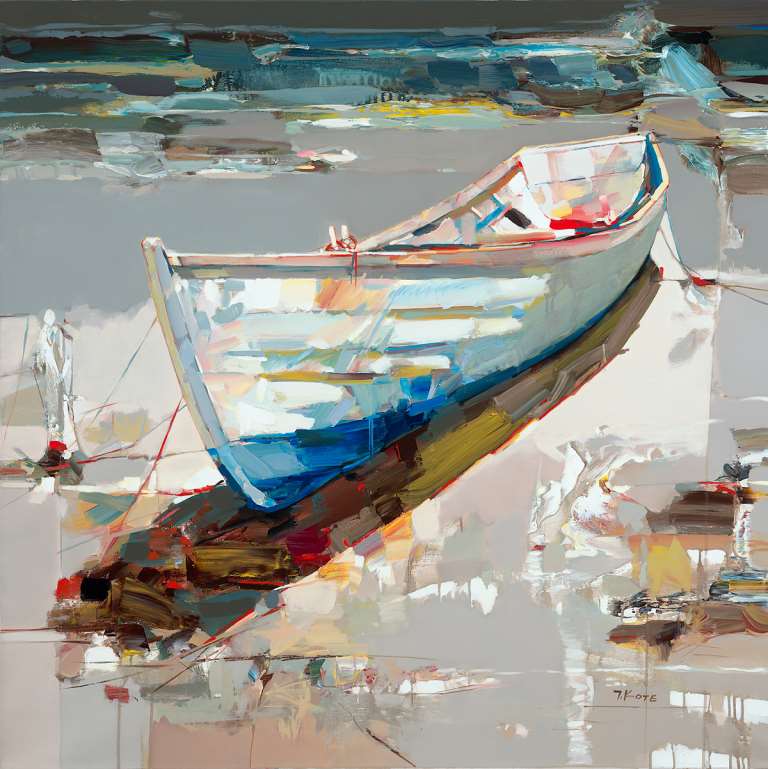 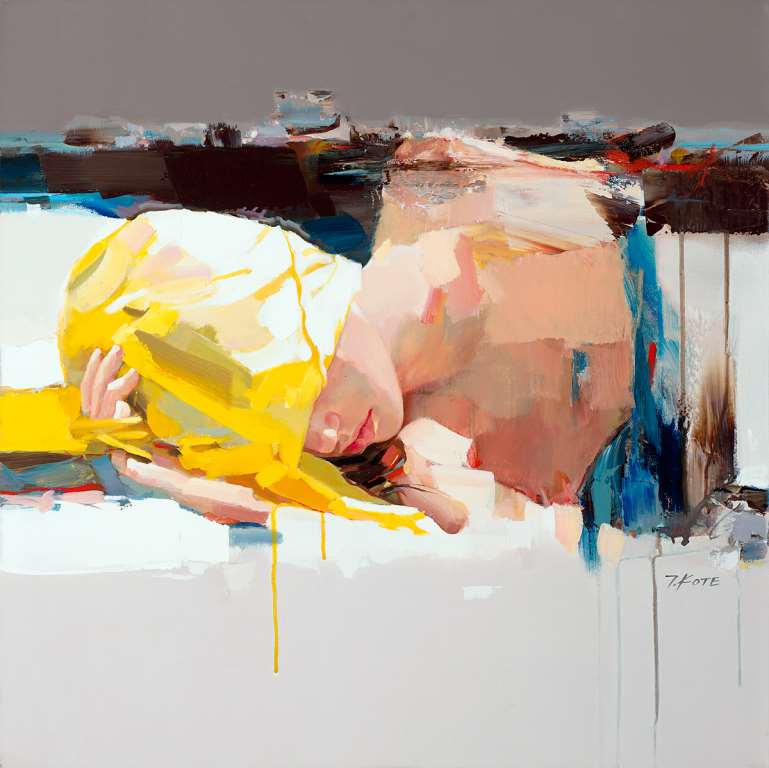 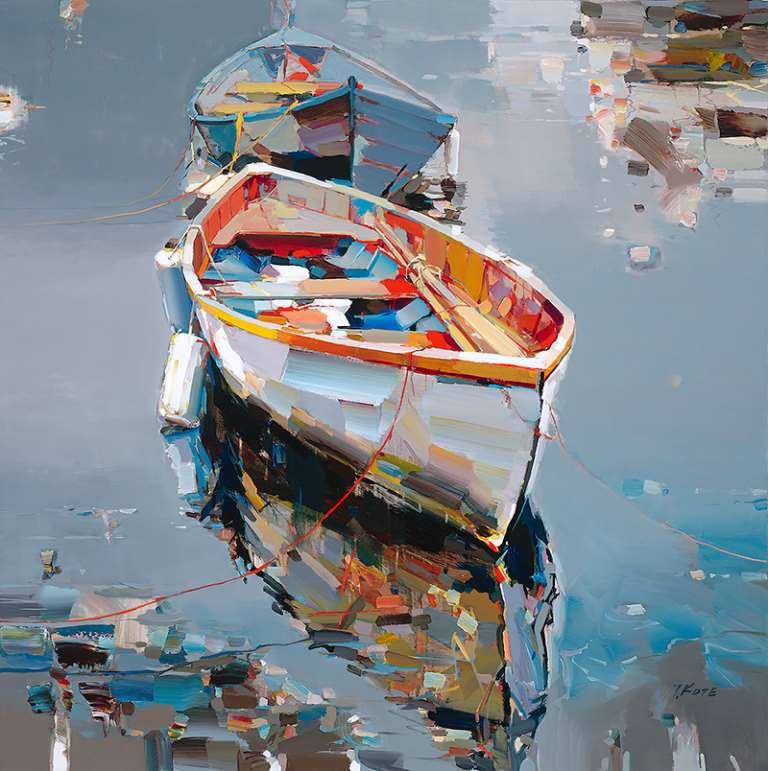 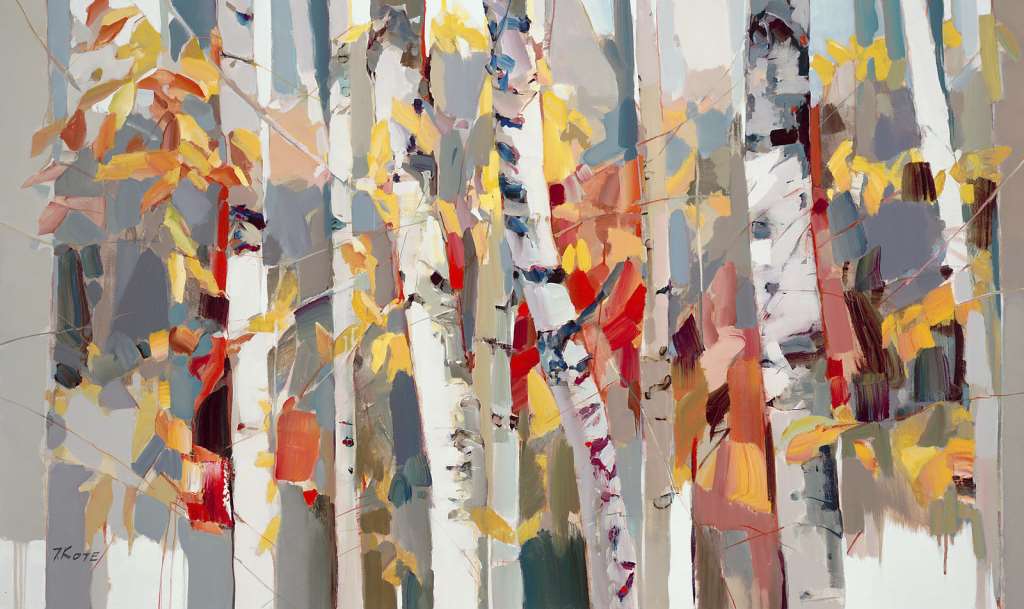 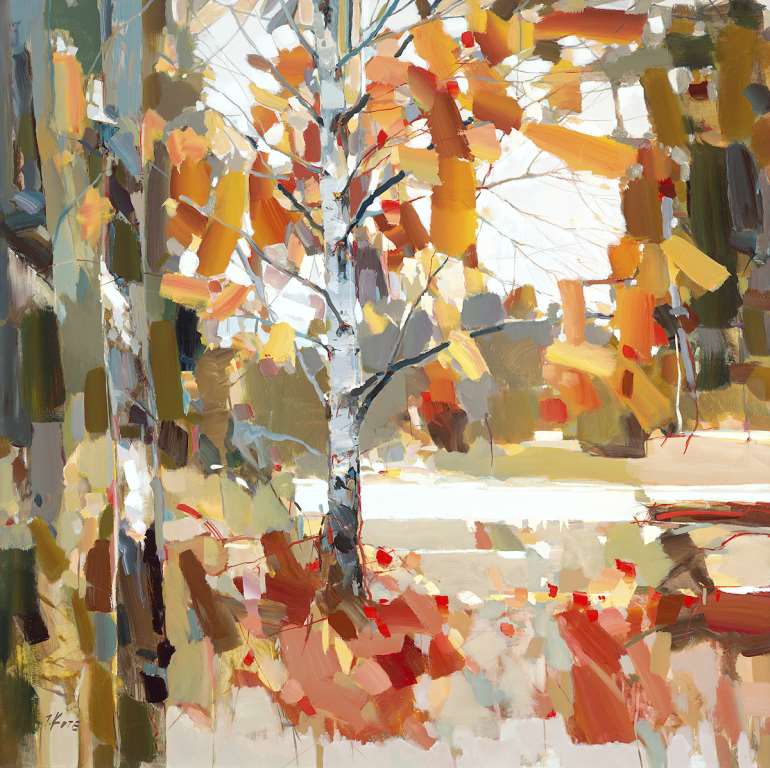 Beyond the Fall
Limited Edition
48x48 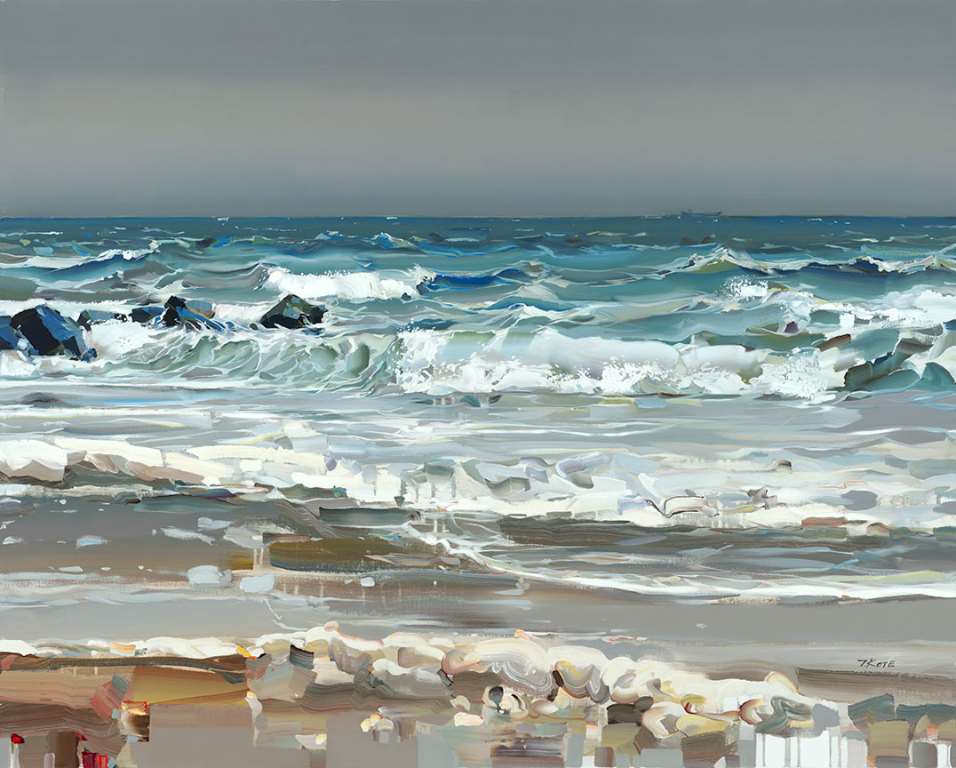 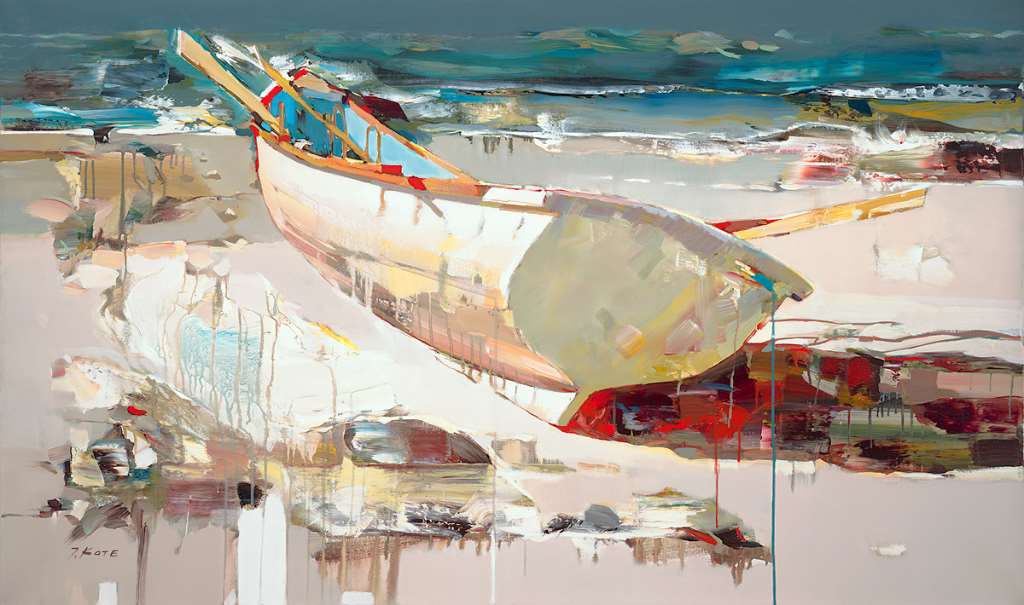